Astronomers may have witnessed a planet's birth

Astronomers may have witnessed a planet's birth 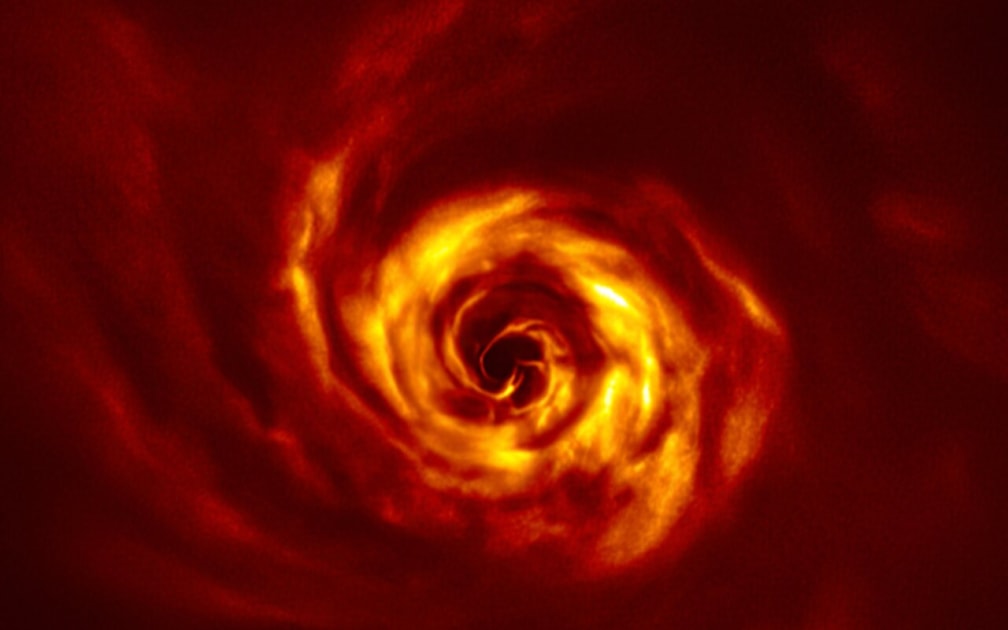 Scientists believe they have observed a planet being formed for the first time. In a study published in Astronomy & Astrophysics today, a team of astronomers explain how they captured images of a young star, AB Aurigae, 520 light-years from Earth. In a massive disc of swirling gas and dust around the star, they detected a distinct twist, which could indicate where a new planet is forming and validate a major theory about planetary formation.

The discovery was made using the European Space Observatory’s Very Large Telescope (ESO’s VLT) and its SPHERE instrument. In 2019 and early 2020, astronomers from Belgium, France, Taiwan and the US obtained the deepest images of the AB Aurigae system to date. They confirmed past observations of spiral arms of gas and dust, and they discovered the critical twist, which is located about as far from the star as Neptune is from the Sun. They believe that the twist marks the spot of new planet forming.