'Avengers Damage Control' is the ideal VR follow-up to 'Endgame'

'Avengers Damage Control' is the ideal VR follow-up to 'Endgame' 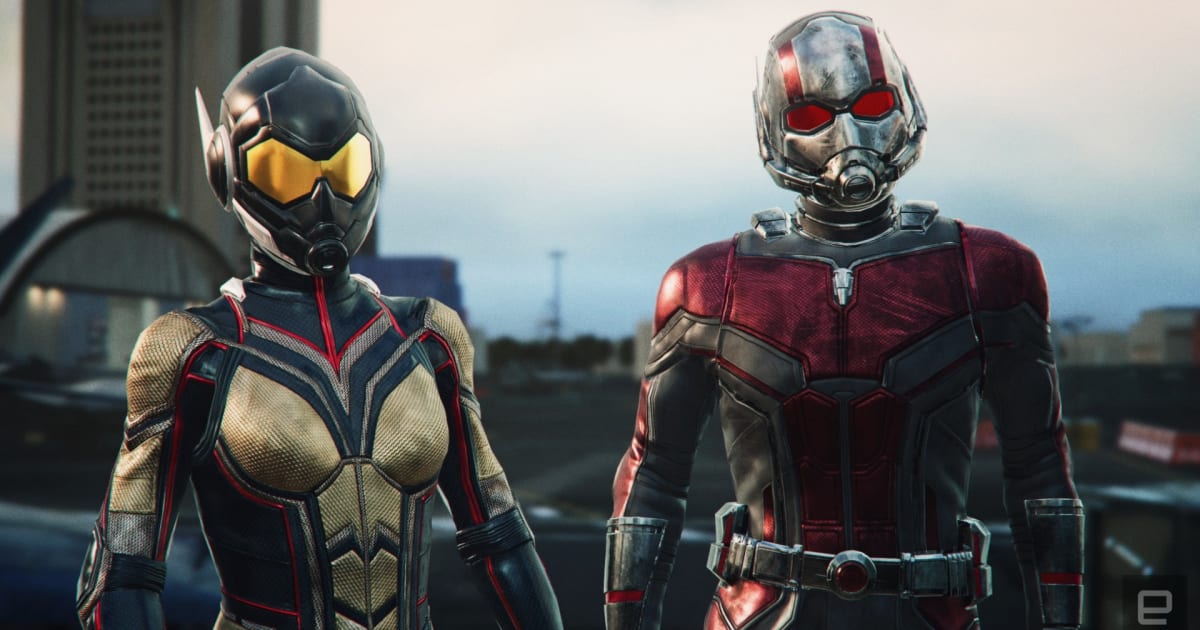 Damage Control puts you and up to three other companions in prototype Iron Man-esque suits, developed by Black Panther’s Shuri. They’re technically a combination of Stark and Wakandan technology — they’ve got vibranium skins, but also feature Iron Man’s iconic palm blasters. Unlike The Void’s Ghostbusters: Dimension and Ralph Breaks VR, there aren’t any guns to carry. Instead, you use hand gestures (which are detected by Leap Motion sensors in the VR helmet) to direct laser blasts. Holding one hand up sends out a single shot, while two hands unleashes a super-charged beam. You can also hold your arms out to create an energy absorbing shield, which, like Black Panther himself, can be charged to unleash a devastating attack.

After a training sequence goes awry (of course), you’re thrust into the meat of Damage Control: Ultron is back! And his robotic minions are wreaking havoc across the world. Your mission is to help the Avengers deal with the onslaught of baddies and eventually, take on Ultron himself. Along the way, you’ll encounter familiar faces like Ant-Man, The Wasp, Spider-Man and Doctor Strange. Paul Rudd, Evangeline Lilly and Benedict Cumberbatch reprise their roles from the films, while other characters are played by voice actors doing their best impressions of the stars you know and love.

Like all of The Void’s experiences, Damage Control has you walking through physical rooms, which are recreated within the VR world. If you see a wall or railing, you’ll actually be able to hold onto it with your hands. That’s helpful for navigating the set, which consists of a small series of rooms that you end up circling. Every Void experience feels like a weird hybrid of a haunted house and a film set — you’re still moving around an actual space, but there’s a VR veneer that makes you think you’re actually walking down the staircase to Doctor Strange’s library.