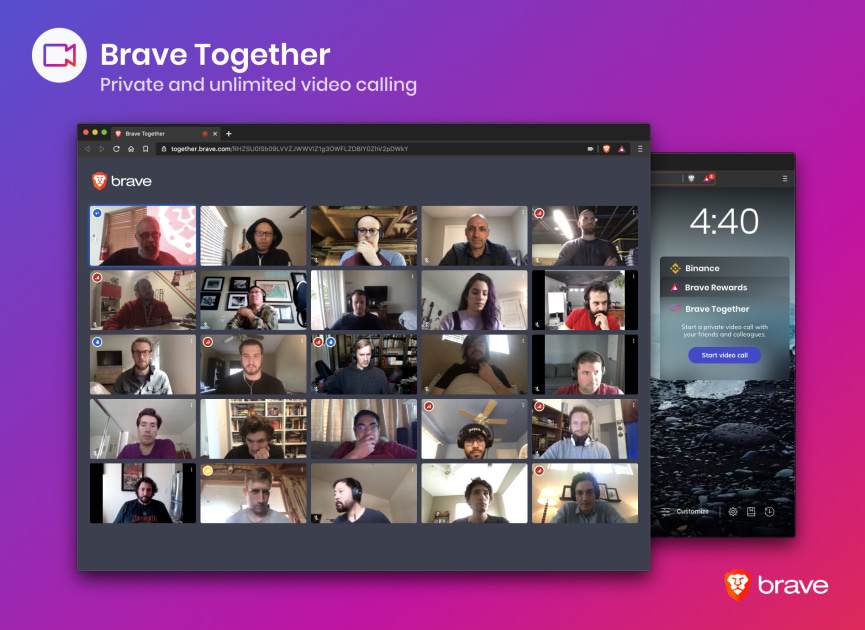 Brave users in the US will be able to access Brave Together via a widget on their desktop (support for iOS and Android will come later), although at this stage it’s only available for Brave Nightly users for testing before it goes into beta. It’s not clear yet whether users will be able to access the feature for free or via Brave’s digital token BAT. However, it will support unlimited video calling with an unlimited number of participants, which makes it particularly attractive in a world of 40-minute meeting caps (Zoom) and eight-person limits (Houseparty).

Plus, of course, there’s the privacy component, which will undoubtedly find favor with security-focused folk. Brave hit a milestone at the end of last year when it revealed some 8.7 million people were using its browser every month, so in the wake of Zoom’s iffy security record Brave Together could be responsible for bumping that number up even more.