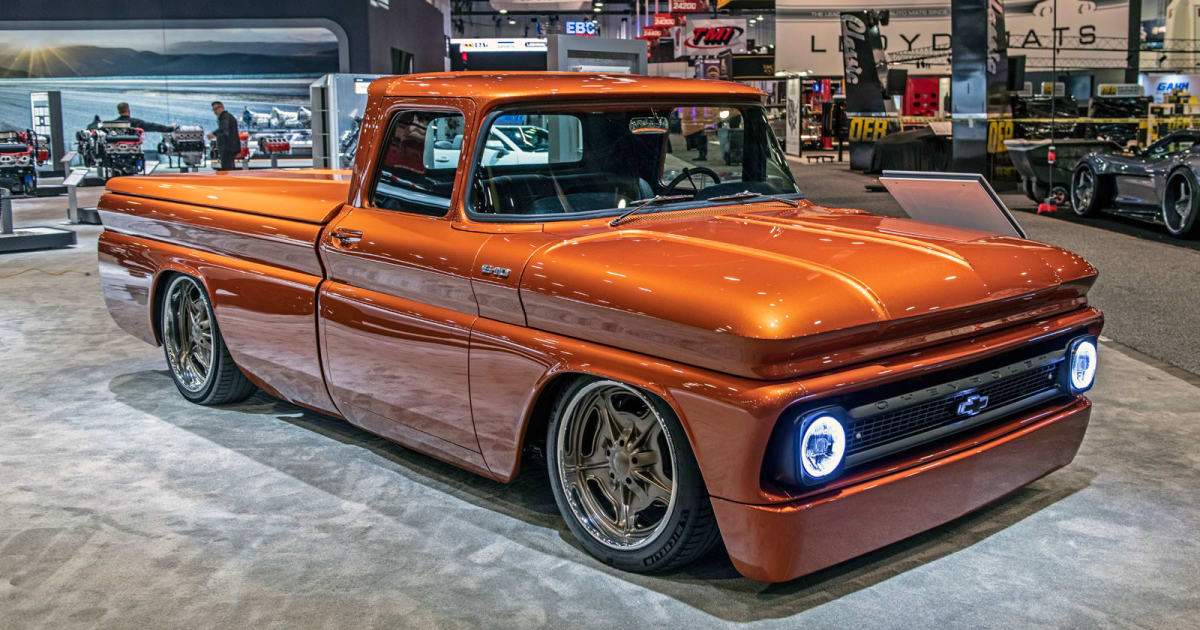 The truck has a three-speaker sound emulator that mimics the two banks of a V8 engine in the back, and induction in the front. It automatically adjusts to gear changes, and can even emulate different engines that include a generic V8 as well as two versions of the LS7 Z28 (tuned for touring and the track). You can also choose a “futuristic” sound or plain silence if you’re more comfortable with electric power.

This isn’t a completely from-scratch design. Chevy borrowed both the power electronics and two battery packs from the Bolt EV. That saved the automaker development time, of course, but the independent arrangement of the batteries promises both more power and longer range. The company won’t say what that range is, but it’s safe to presume you’d have enough range to get home after showing off your ride at the local meetup.

It won’t surprise you to hear that there’s no plans make a production E-10. What you see here was up and running in less than five months. This does, however, illustrate the potential future for both electric crate motor tech and hot rod trucks. And this early experimentation might be necessary. When numerous governments both in the US and abroad expect to ban sales of fossil fuel cars in the next two decades, it may become increasingly difficult to source gas engines for hot rods.