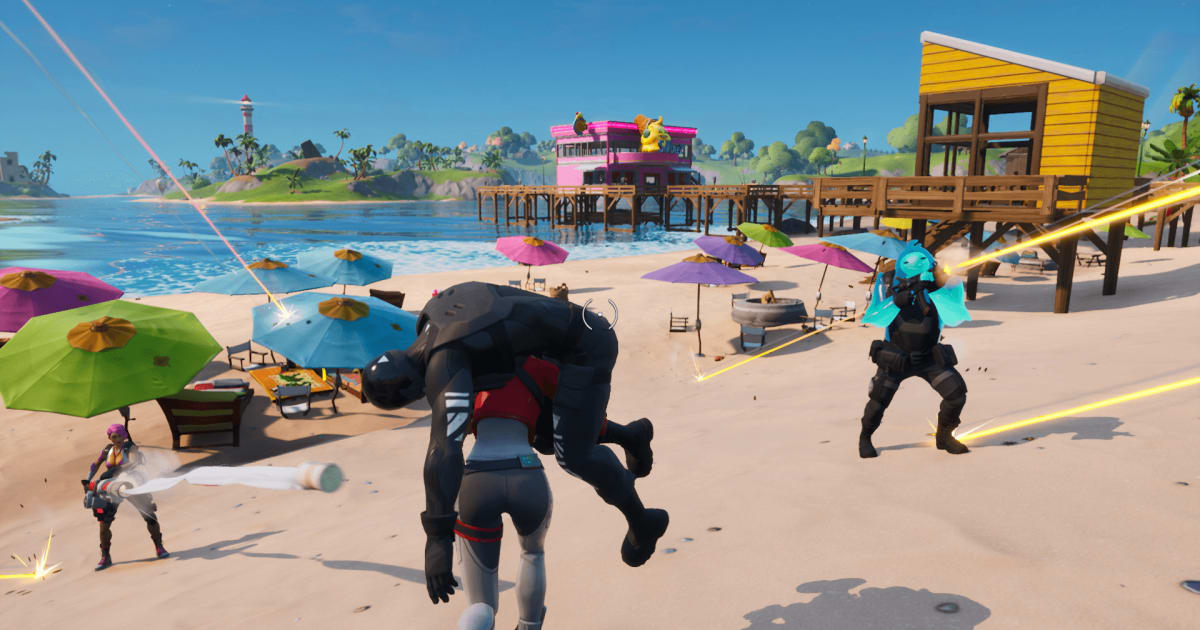 Let’s start with the new map. The Chapter 2 island appears to be a little more mountainous than its predecessor and features a whole bunch of new points of interest, including Camp Cod, Power Plant and Weeping Woods. There’s a lighthouse included too. The island is also split by small water inlets, letting players either swim, fish or use boats — a vehicle brand new to Fortnite — to rotate around the map.

Challenges were reworked towards the end of Fortnite’s first chapter, but the second instalment takes things even further. To advance their Battle Pass level, players can complete challenges — which includes catching fish off Sweaty Sands pier — but also earn in-game medals by searching chests and eliminating players, which complete medal “punchcards” to boost in-game XP.

Epic says this new season means more fun and “less grind,” but whether that’s actually true remains to be seen. Like before, the Battle Pass is giftable and offers over 100 unlockable in-game items, but account levels now extend up to 250.

As with every new season, Epic has delivered fresh skins, emotes and guns. Many of them are highlighted in the Chapter 2 cinematic and Battle Pass videos embedded inside this article. If you missed them, there are a couple of new shotguns and an additional sniper rifle for those who like to inflict damage from distance. However, Epic says it has streamlined weapon arrays to balance the game.

If that wasn’t enough, players can heal their squad with the new bandage bazooka, carry their downed teammates to safety and even upgrade weapons at the new “upgrade bench” using their materials. Epic has also included more explodable elements like gas tanks and barrels, while allowing players to hide in haystacks and dumpsters to get the drop on their rivals.

Solo, Duo and Squad playlists are also back, but Trios have progressed from Arena to become a default option inside the main game. Great for teams that can’t find a fourth.