Traditional reverb tanks — which add a sense of space to your guitar pedal — were first used in electric organs. Fender quickly added similar units to some of its guitar amplifiers, arguably redefining the sound of the era. As technology progressed, engineers created reverb effects using capacitors, rather than springs and transducers. Eventually, digital reverb became the de-facto standard. But that responsive and dynamic nature of spring reverb was lost along the way, and effects makers knew it — emulated spring reverb is a setting on most of today’s reverb pedals.

A few pedal companies like Spaceman and Crazy Tube Circuits offer miniaturized spring reverb tanks, but Gamechanger doesn’t seem interested in treading the same path. Rather than using the electromagnetic undulations of the Light Pedal’s springs, the pedal’s optical sensors — which cast a red glow — measure their nuanced movements and convert them into echoes. This process captures some of the signature timbre of a spring reverb, but don’t expect it to sound exactly like a vintage unit. 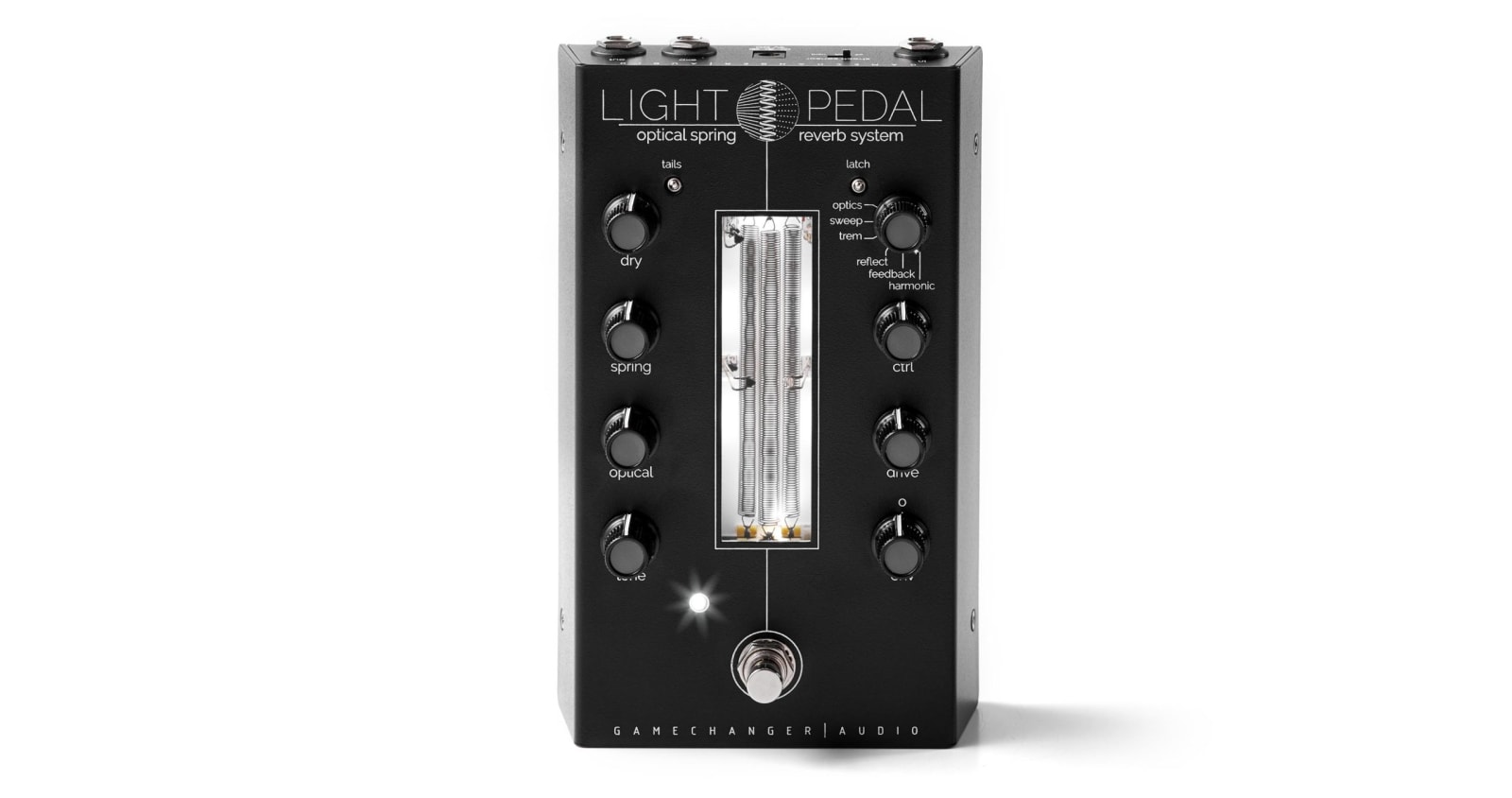 Gamechanger says that the optical components result in a more detailed signal compared to a traditional spring reverb tank — you won’t hear that typical lack of low and super high frequencies that shape the somewhat percussive sound associated with spring reverb. On the one hand, that could be a good thing: Gamechanger says that tremolo, modulation and shimmer effects can be blended with the reverb signal, so the pedal has some of the flexibility of a modern stompbox. On the other, vintage junkies may miss that lo-fi sound.

We’ll have to wait to see if the Light Pedal receives the same critical success as the Plasma Pedal and Plus Pedal — the company didn’t announce a release date — but one thing’s for sure; it’s certainly different. Many electronic musicians, meanwhile, are anticipating Gamechanger’s novel Motor Synth, which will be out in May.