While Google cut some corners in the design department, the Pixelbook Go is still among the more powerful Chromebooks out there. The base model pairs an eighth-generation Intel Core m3 processor with 8GB of RAM and 64GB of storage; the one I reviewed steps up to an i5 processor and 128GB of storage. That model costs $849 and has comparable specs to what you’ll find in the $999 Pixelbook. I do wish I could have tried the m3 model, because I’m curious to see what kind of performance Google is offering for $650.

Unsurprisingly, Intel’s Core i5 and 8GB of RAM is plenty for Chrome OS. The Pixelbook Go handled my normal workload without any notable issues. My routine involves a dozen or so browser tabs, Tweetdeck, Hangouts, Slack, Todoist, Google Keep and Trello all running as Chrome apps, along with the occasional Android app or two. Adobe’s Lightroom, Netflix, YouTube Music and a smattering of games all mostly worked well, though music playback presented the occasionally “low memory” hiccup which was frustrating. Notably, this didn’t happen when using YouTube Music as a browser tab. This reinforces my belief that Android apps on Chrome aren’t worth using if there’s a web-based alternative. 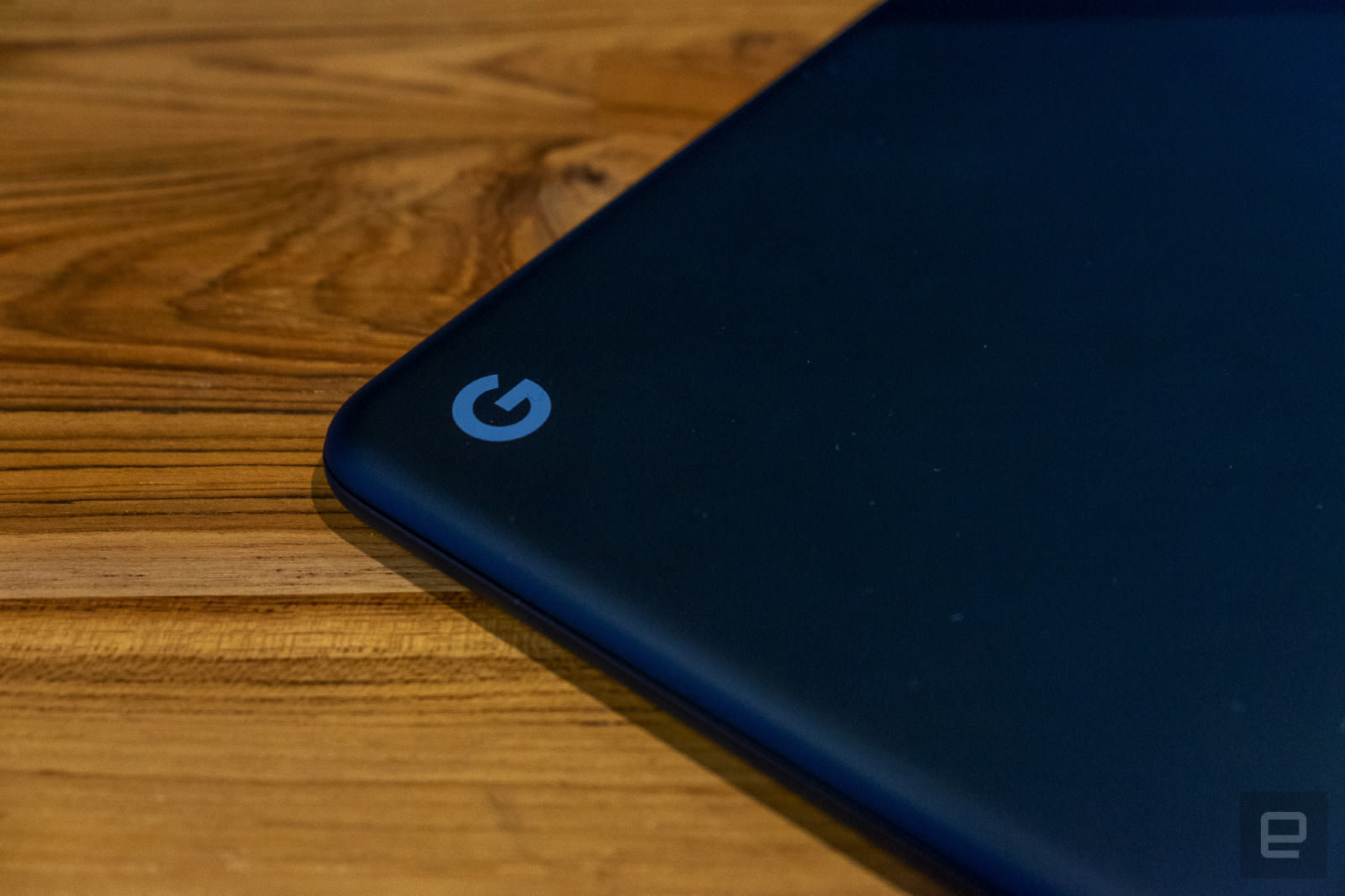 Overall, I think most people will be fine with the base configuration; power users may want to step up to the $849 model I tried. Google is also selling a $999 configuration that doubles the RAM to 16GB, while that $1,399 model I mentioned includes a Core i7 processor, 16GB of RAM, 256GB storage and a 4K display. While I’d surely enjoy that high-res screen, I don’t think it’s worth that kind of money.

The Pixelbook Go also holds up well on the battery side, something that wasn’t always true for the original. In our video playback test, the Go ran for just over 13 and a half hours before shutting down. That’s more than an hour longer than the 12-hour battery life Google claims with “mixed usage.” Unfortunately, I never came close to 12 hours when putting the Go through my normal routine, but it did last more than eight hours, which is a definite improvement over the first Pixelbook.

I will note that my review Pixelbook had a weird issue where the battery life indicator didn’t update properly. It showed whatever percentage it was app when it was awoken from sleep and didn’t update until it went to sleep again or was plugged in. Google confirmed it was a bug with the current version of Chrome OS that would be updated by the time the device shipped. The company also confirmed that the battery was otherwise performing normally and that this was just a software issue. I’ll check this again once the software update arrives and will update this review if the problem persists.

There are tons of Chromebooks you can compare the Go to, from cheap $200 devices (with specs to match), up to Google’s own Pixelbook from 2017 that still sells for $1,000 or more. That said, probably the closest comparison to the Pixelbook Go is the ASUS Chromebook Flip C434, which I reviewed earlier this year. It has an m3 processor, 1080p screen, 4GB of RAM and 64GB of storage, just like the base Pixelbook Go. At $579, it’s cheaper than the Go, but also thicker and heavier. It does have a 360-degree hinge, but I never wanted to use the Flip in tablet mode, since it weighs more than three pounds. 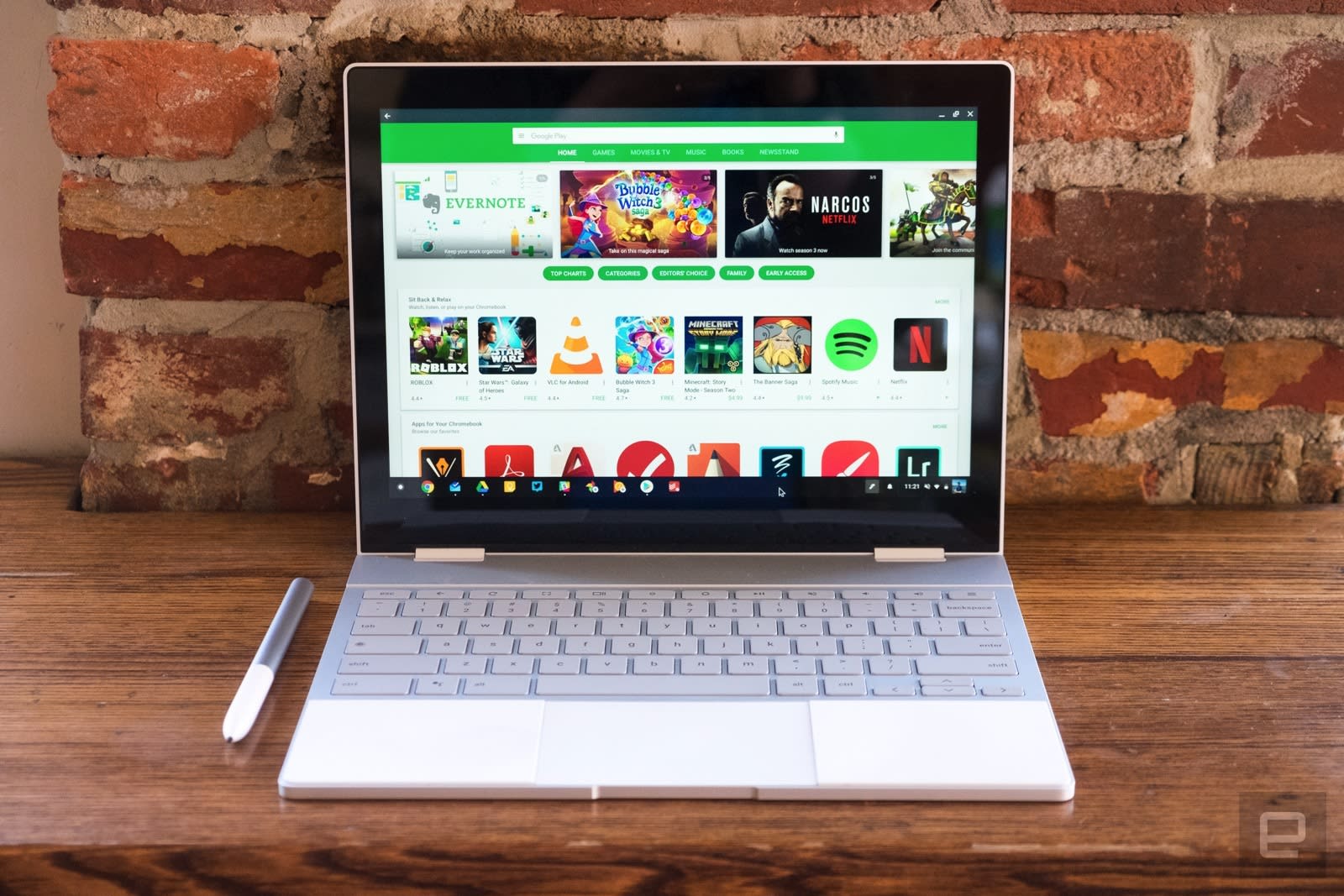 And then there’s the original Pixelbook, which still starts at $999. That’s $150 more than the Go model I tested, but it has the same RAM and storage as well as an i5 processor (it’s a seventh-generation chip, though, compared to the eighth-gen one in the Go). The extra cash gets you a thinner, more compact design with a better trackpad and much sharper display. It also supports the Pixelbook Pen and has that nifty 360-degree hinge. There are some definite benefits to the original Pixelbook — and it has been heavily discounted over the last year, sometimes down to $750. If you can wait, it might be worth seeing if it gets any further price cuts this holiday season.