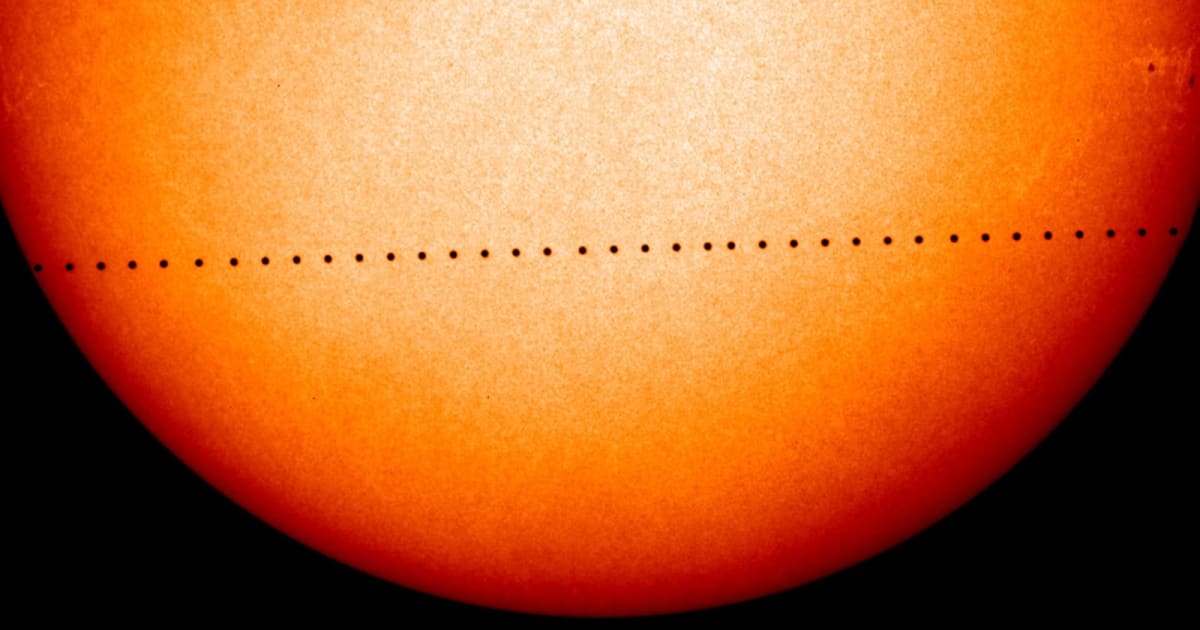 While Mercury travels around the Sun every 88 days, it’s tilted orbit means it only passes between the Earth and Sun about 13 times a century. This time, the transit will be visible in a lot of regions (including Euope and Africa), but folks in North and South America will have the best view.

If you’re planning to check it out, however, you’ll need to take great care. If Mercury could talk (and it is the communication planet in astrological terms) it would say “don’t look directly at me as I cross the sun.” Doing so will harm your vision, and you won’t be able to see Mercury anyway with your naked eyes, even with eclipse glasses — it’s just too small.

If a physical viewing is out of the question, your best bet will be to go online. NASA’s Solar Dynamics Observatory satellite (SDO) will have the best possible view of the eclipse, and NASA will be broadcasting near-real-time views of the transit right here. To give you an idea of what you’ll see, you can check out the 2016 transit captured by the SDO above.