Once I worked through the software issues, the Vive Cosmos managed to deliver a solid high-end VR experience. In the shooter Raw Data, the high-res displays made the environments look crisper and more detailed than on the Vive. It was also a great test for the Cosmos’s tracking and motion controllers, since it involves a lot of fast-paced shooting with a variety of weapons. The headset didn’t have any trouble keeping up, even when I was desperately trying to avoid getting killed by evil robots.

Superhot, which is still my favorite VR game, runs like a dream on the Cosmos. It’s slower paced, but it also involves plenty of movement and precise combat. Clearly, HTC didn’t lose much accuracy by moving to inside out tracking. The only major issue I had was its need for a ton of light. I would occasionally get error messages in-game saying my environment needs to be brighter. HTC is aware of that issue, but so far, the company has just reduced the amount of error notifications that pop up. Hopefully it figures out some way to optimize its sensors for low light soon, though. 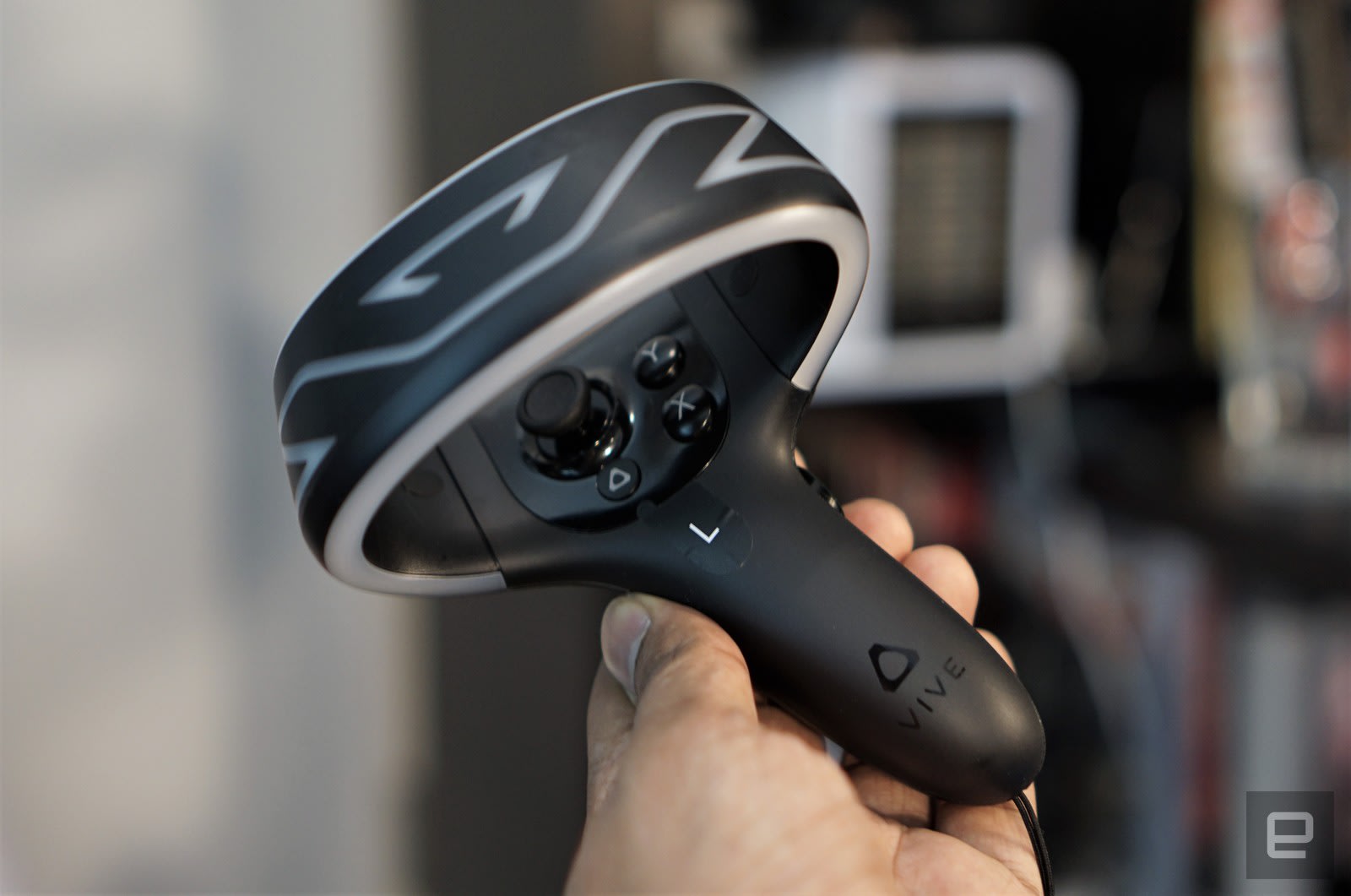 The Vive Cosmos’s controllers, meanwhile, feel serviceable yet unremarkable. You’ll notice they look a lot like Oculus’s touch controllers, with contoured handles, analog sticks and gamepad-like buttons. There are two trigger buttons at the top, as well as a grip button.

At this point, Oculus is on its second generation controllers, and Valve is exploring completely new VR interaction methods with its finger tracking controllers. HTC just seems to be playing catch up, with a design that clearly bites from what Oculus did four years ago, and no major innovations. The controllers work fine, but everything about them just feels cheap and a step behind the competition. It was also annoying to hold them for long, since they’re so big. That’s another area where the Index beats out the Cosmos. Since its controllers are physically strapped to your hands, holding them is literally effortless.

Valve’s headset also offers superior audio with its near-field speakers. The Cosmos’s headphones sound fine, but I had a lot of trouble getting them to sit close to my ears. Thankfully, you can easily remove them if you’d rather use your own headphones. 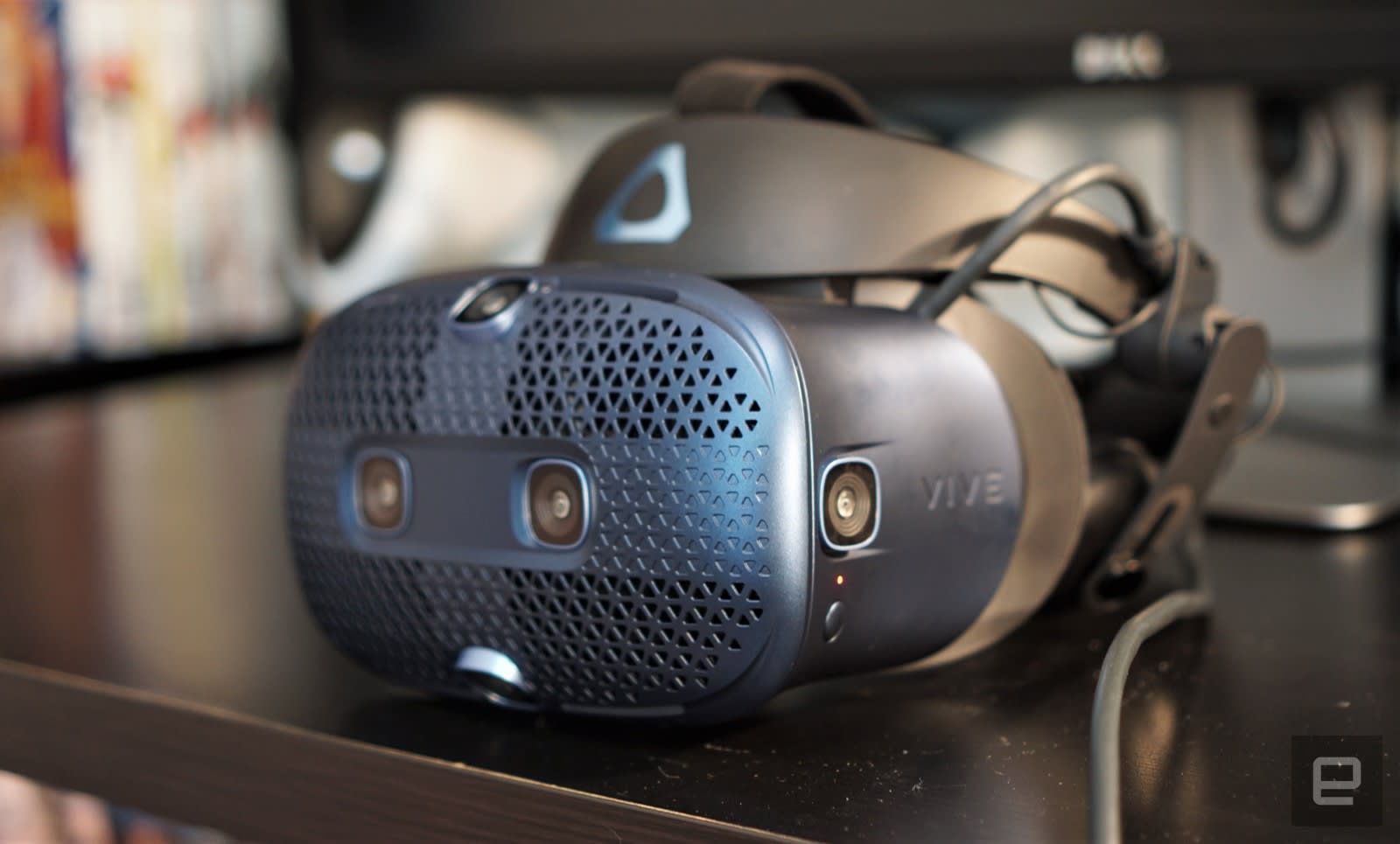 So sure, the Vive Cosmos isn’t perfect, but on the whole I think it’s a solid high-end headset. That $699 price, however, makes it incredibly hard to recommend. While it’s a better experience than the Rift S, but it’s not $300 better. And the Cosmos is even harder to swallow when the $400 Oculus Quest offers great standalone VR, and soon it’ll even run PC virtual reality over a cable. And if you’ve got the money to burn, the $1,000 Valve Index is a far better play at next-level VR, even though it requires setting up sensors.

If HTC released the Cosmos a year ago, I would have sang its praises. But today, now that inexpensive VR is getting better and high-end VR is more innovative, I’m not sure who the Cosmos is actually for.