In-brain electrodes are the latest weapon against opioid addiction

In-brain electrodes are the latest weapon against opioid addiction 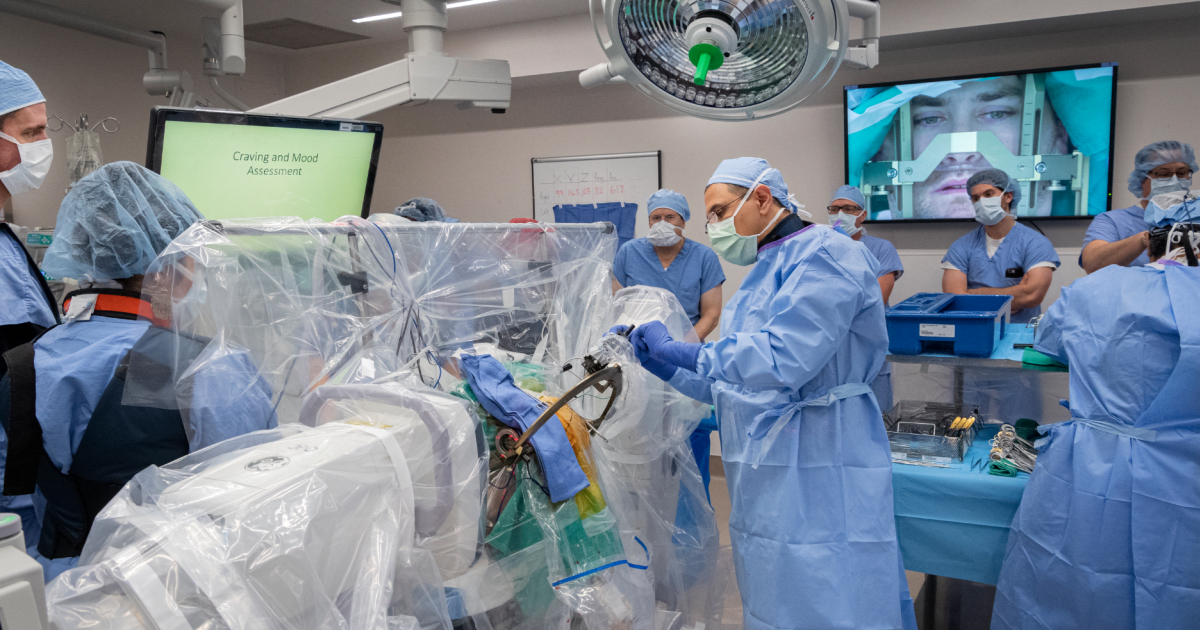 Deep brain stimulation, or DBS, is a form of surgery that places electrodes inside the patient’s brain — in this case, in the self-control and pleasure centers. An external device sends electrical pulses to interrupt the patient’s typical brain behavior, such as an addict’s craving a drug or an obsessive compulsive disorder patient’s feeling an urge to perform a ritual. In the case of opioid addiction treatment, the impulses will presumably train the patient’s brain to no longer crave the drugs. “Addiction is a brain disease involving the reward centers in the brain, and we need to explore new technologies, such as the use of DBS, to help those severely impacted by opioid use disorder,” says Ali Rezai, M.D., principal investigator and executive chair of the RNI. DBS is already FDA-approved and used to treat Parkinson’s disease, major depressive disorder, and epilepsy among others, and has shown promising results.

West Virginia has the highest age-adjusted rate of drug overdose deaths involving opioids, according to RNI. The National Institute on Drug Abuse says that overdose deaths involving opioids in the state occurred at a rate of 49.6 deaths per 100,000 people. This procedure may prove to be a viable form of treatment for those who do not respond to medication, psychological care, or residential programs if it is eventually approved by the FDA. As the opioid addiction crisis shows no signs of slowing, it does seem like a badly-needed solution.