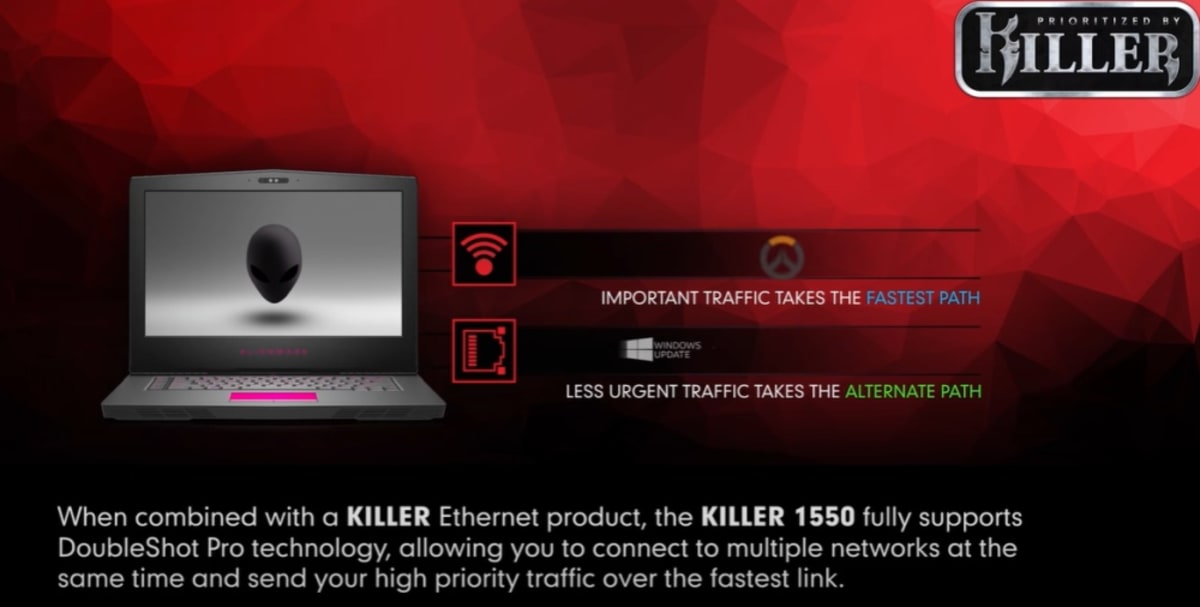 Once upon a time Bigfoot Networks was just a startup promising to lower latency with a “network gaming accelerator,” before delivering its tech under the Killer wireless brand. Its aftermarket NIC measurably outperformed onboard Ethernet ports, and increased anticipation for upcoming wireless hardware as gamers distanced themselves from the routers.

Qualcomm bought the company in 2011, then later spun it off as Rivet Networks, and continued to deliver Killer networking hardware that popped up in a lot of Dell/Alienware gaming laptops, among others, promising tweaks that might improve wireless connections, speed and responsiveness. Its focus is bandwidth utilization, as well as prioritizing things like gaming or high-bandwidth tasks like video streaming. However, occasionally its driver optimizations and drivers could cause issues too, with preinstalled SmartByte software causing an issue that could severely limit a user’s internet connection