Internally, there’s also an updated Tegra CPU. Like the previous model, the Pro model will come with 3GB of RAM and 16GB of internal storage, which you can expand by taking advantage of the two USB 3.0 ports located on the back of the device. According to Android Central, the listing claimed NVIDIA’s new Tegra X1+ processor is 25 percent faster than its predecessor, the four-year-old Tegra X1. 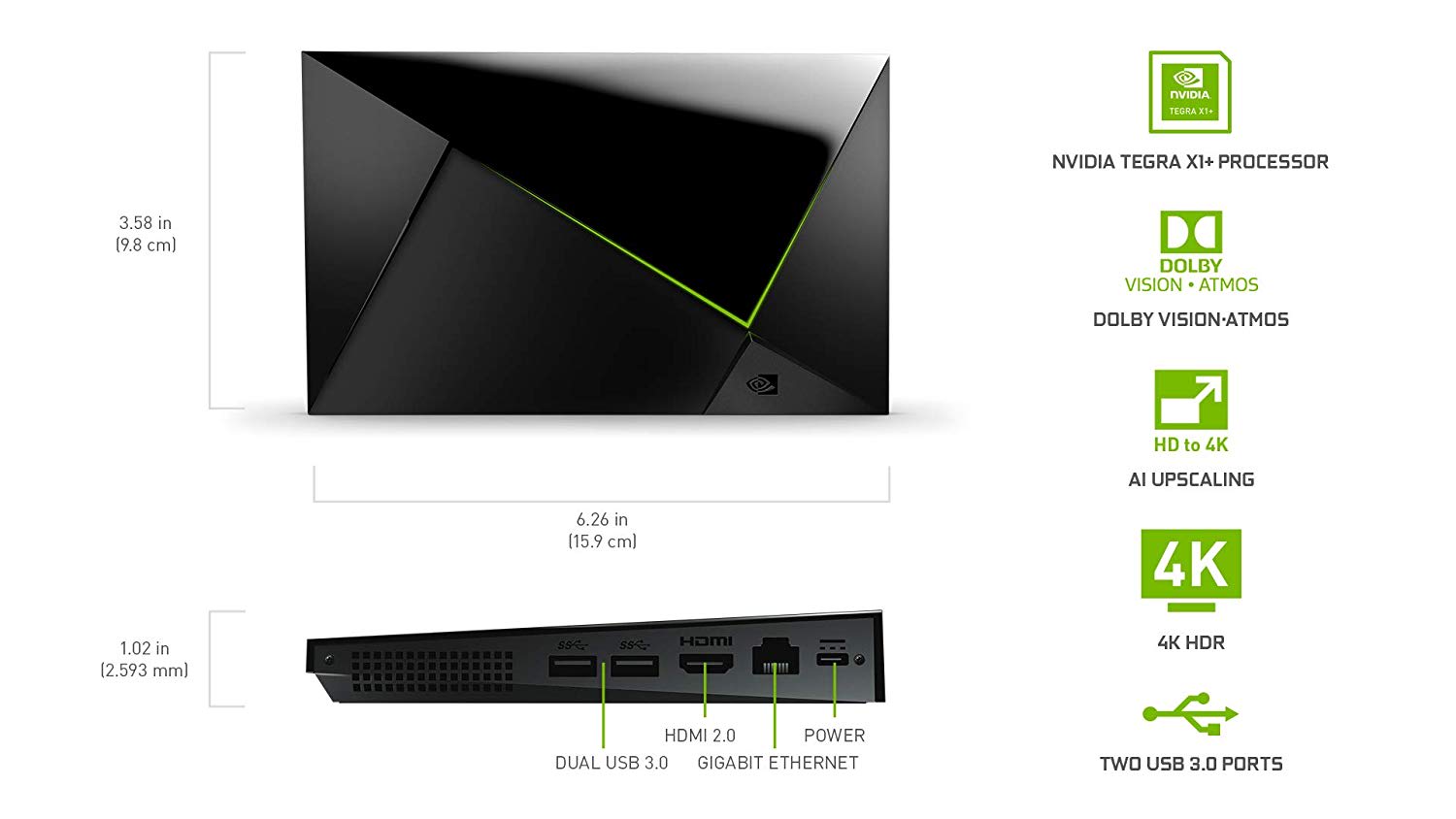 Besides support for Dolby Vision, the biggest update is the new remote pictured in the listing. NVIDIA has gone with an entirely new design, one that makes the new remote larger and more triangular in shape. Thanks to its new size, the update remote features additional keys, including a dedicated Netflix button. As a nice plus, the buttons feature a motion-activated backlight. 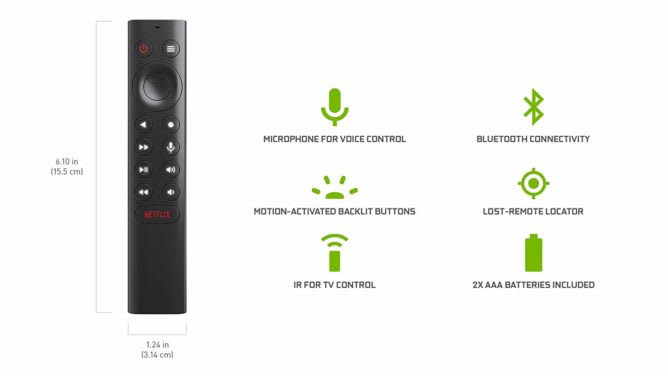 The listing mentioned a lost remote feature, which will presumably help you find the peripheral if it ever disappears between some couch cushions. Another quality of life change is that the new remote makes use of more common AAA batteries, instead of the coin cells of the previous model. It also includes a built-in microphone for Google Assistant support and an IR blaster for TV control. All in all, the new remote sounds like a solid update, and hopefully NVIDIA sells it separately so that current Shield TV owners can take advantage.

One last tidbit of information included in listing is that the Nvidia Shield TV Pro will launch on October 28th for $199. It’s possible both the price and release date were placeholders. But given that the current model starts at $179, a $20 increase for an updated processor, Dolby Vision support and a new remote sounds like a reasonable ask. As for the release date, NVIDIA’s online store is currently out of stock of all Shield TV models.