M&D says it discovered people were using the MW07 for workouts, even though they weren’t specifically built for it. That first model is only IPX4 rated against splashes. That’s probably enough to keep sweat from ruining the $299 earbuds, but much of the competition offers more substantial protection. In response to customer feedback, the company decided to create “a dedicated active model” that was smaller, more durable and had better water resistance.

The earbuds themselves are made of TR90 composite, a substance typically used to make glasses. M&D has taken inspiration from eyewear before: both the MW07 and MW07 Plus have acetate shells, which is also a material used to make glasses frames. To ensure a secure fit, the MW07 Go comes with three sizes of Fit Wings and five sizes of ear tips. You can use the earbuds with out the wings, but I’ve found they do help keep things in place. And if you need to take a call, the MW07 Go is equipped with dual beamforming microphones that the company says will “filter out external noise” if you happen to be in a loud spot.

The physical controls from the MW07 remain, with volume buttons on the left earbud and a multi-function option on the right for play/pause, skipping tracks and summoning your voice assistant. The MW07 Go doesn’t have proximity sensors though, so the earbuds won’t automatically pause when you take them out of your ears. They also lack the active noise cancellation and ambient sound mode found on the new MW07 Plus. 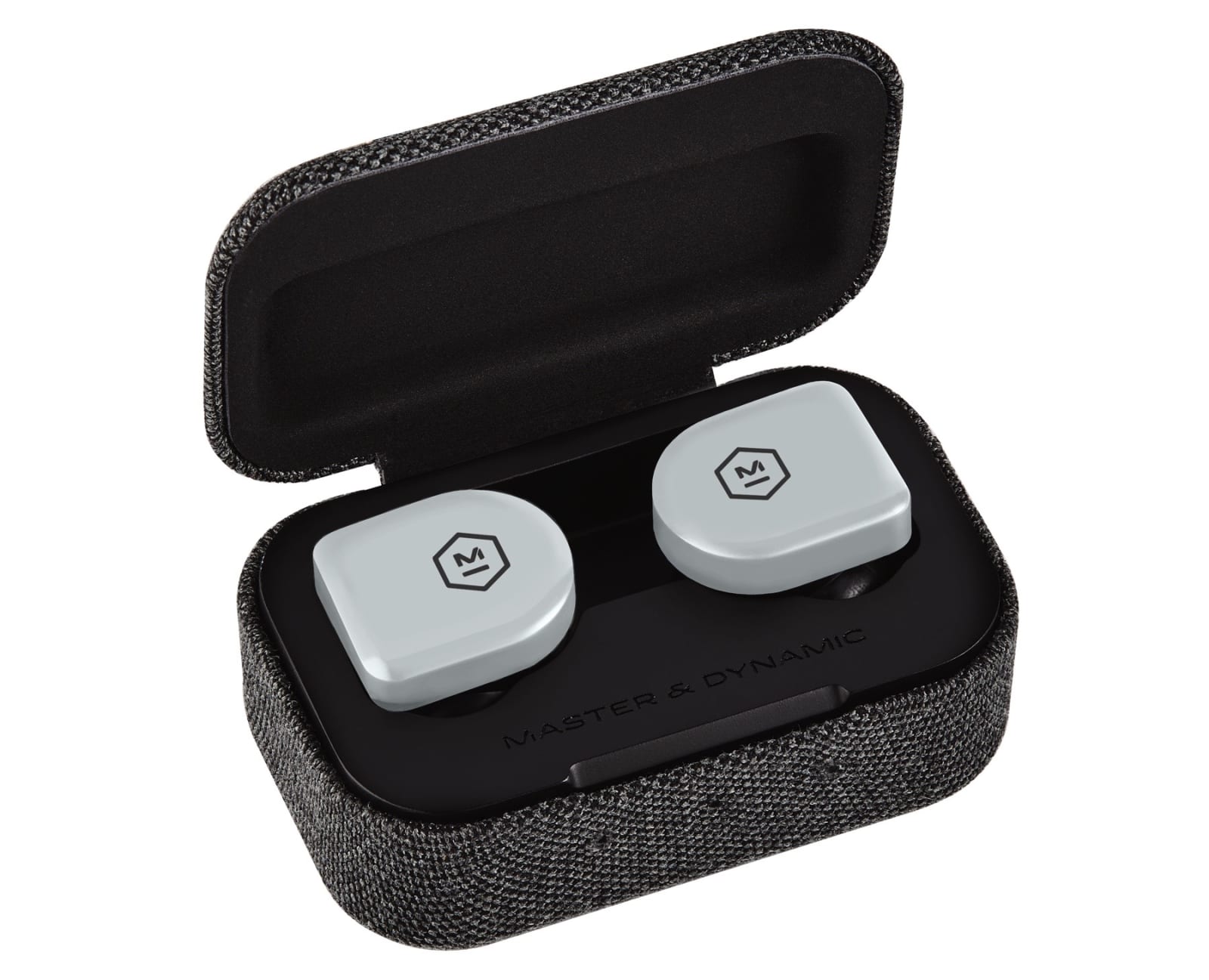 Like the MW07 Plus, the MW07 Go offers up to 10 hours of battery life on a charge. Again, that’s more than double what the first MW07 could manage. M&D swapped the shiny aluminum charging case for one that’s wrapped in knit fabric, but it kept the handy LED charging status indicators. It’s about the same size, but it’s much lighter, so stashing this case in your pocket won’t seem like a burden. The case offers an additional 12 hours of battery life and can charge the earbuds to 50 percent in 15 minutes — same for charging the entire thing with a cable. The company says a full charge in the case or for the entire set via USB-C takes 40 minutes.

The MW07 Go is available now from Master & Dynamic in red, black, blue and grey color options for $199. The earbuds will also be available at Best Buy starting October 20th.