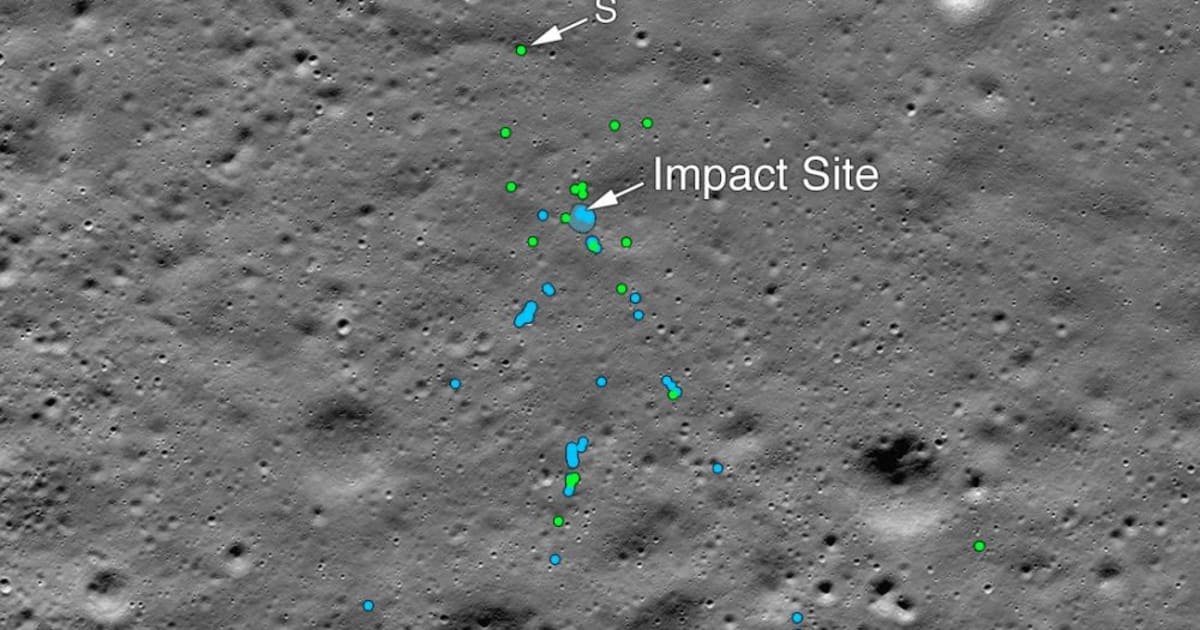 In September India lost contact with its Vikram lander just a mile above the Moon’s surface, and now NASA has confirmed photos taken by the Lunar Reconnaissance Orbiter show where it impacted. The actual discovery, however, has been credited to an amateur, Shanmuga Subramanian. As the New York Times reported, he is an Indian programmer and mechanical engineer who noted subtle differences in before/after mosaic photos back in October.

The debris kicked up by the impact was small enough that it’s barely recognizable in the orbiter’s resolution. According to NASA, the debris Shanmuga found is about 750m from the main crash site. Last week the ISRO said Vikram crashed within 500m of its intended landing point, but didn’t release any pictures. The crash was apparently due to a problem with its braking thrusters, although the Chandrayaan-2 spacecraft that released it is still operational and orbiting the moon, collecting data.