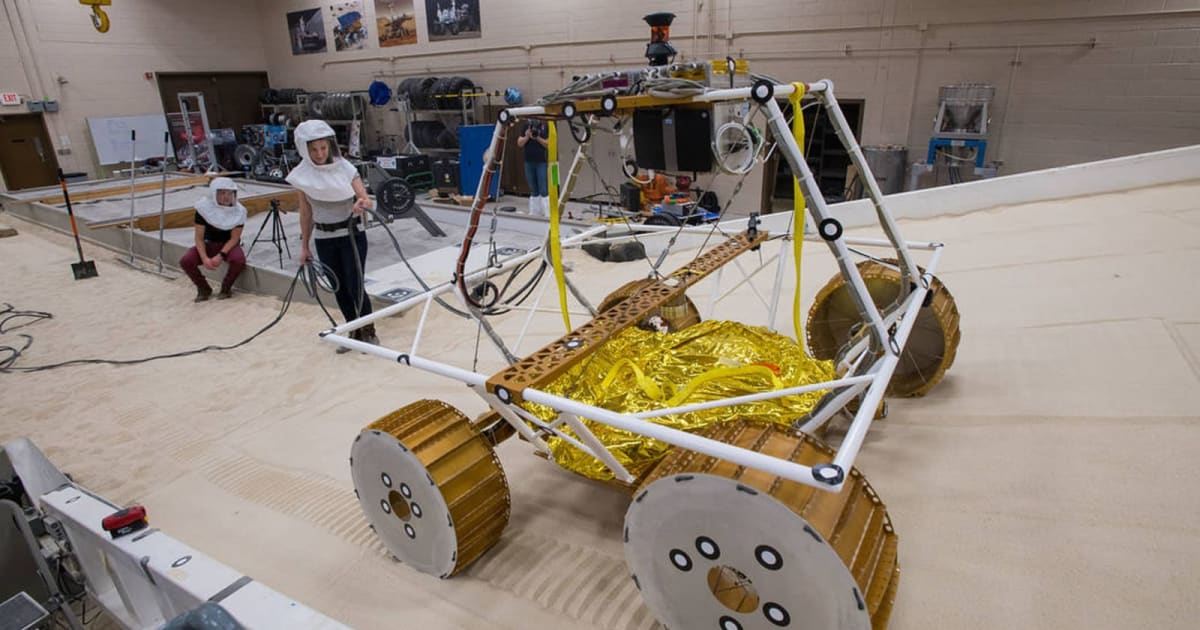 SLOPE has a large, adjustable soil bin, which allowed the rover’s engineers to gather the data needed to evaluate the traction of the vehicle and its wheels. The test also gave them a way to compare different methods for traversing steep slopes to determine the most feasible ones. Its results will help them figure out the power requirements for various maneuvers, as well.

NASA will send VIPER to the lunar south pole, where the crewed Artemis mission will also land, to look for water ice in the region. It will collect and analyze samples using four science instruments, which will help us see if the Moon has enough water to sustain future missions. When the rover was announced, project manager Daniel Andrews said: “The key to living on the Moon is water — the same as here on Earth. Since the confirmation of lunar water-ice ten years ago, the question now is if the Moon could really contain the amount of resources we need to live off-world. This rover will help us answer the many questions we have about where the water is, and how much there is for us to use.”

VIPER doesn’t have a launch date yet, but the aim is to land it on the Moon in December 2022. This is just one of the tests it’s bound to undergo before its final version blasts off towards its destination.