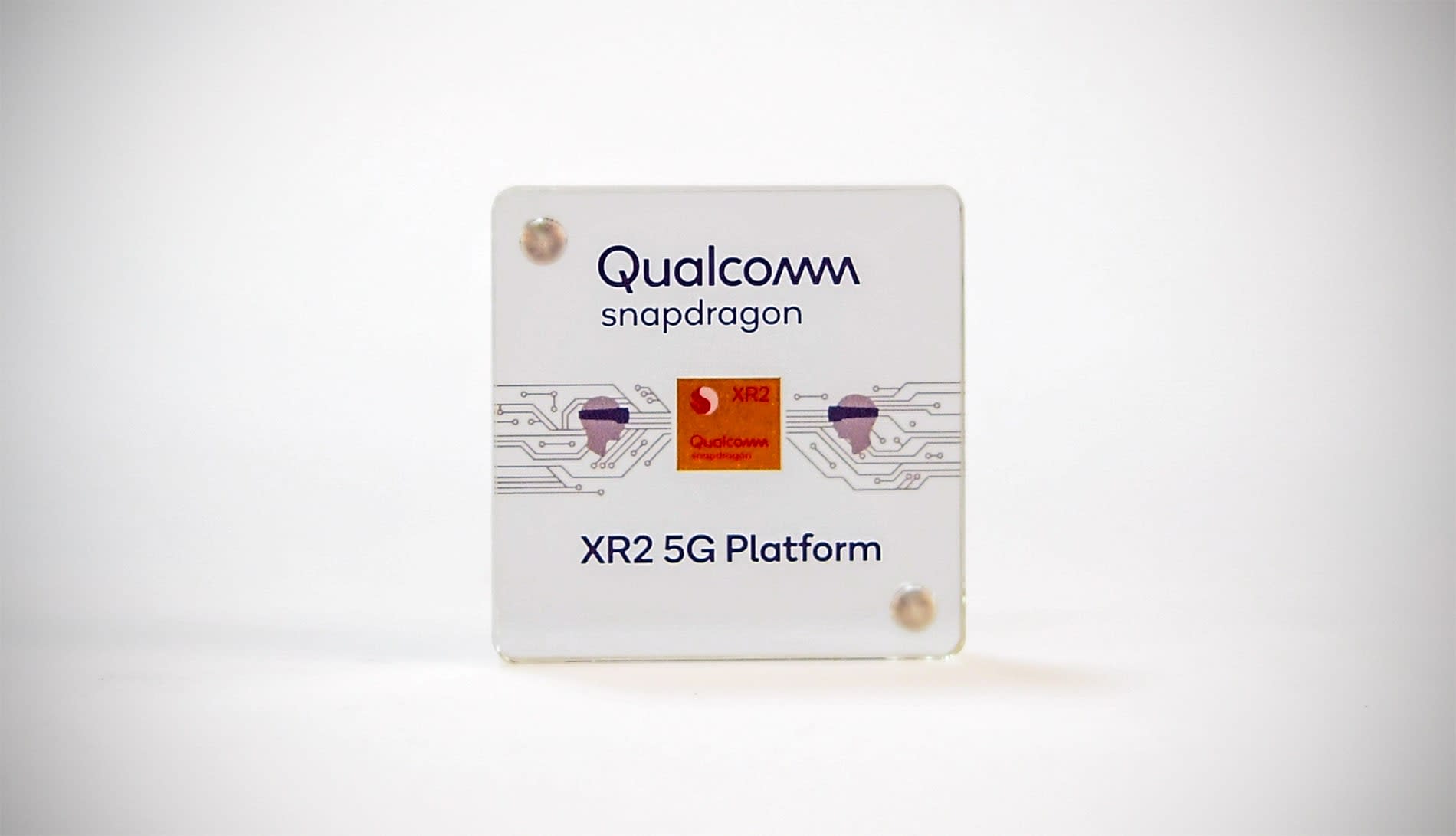 We still haven’t gotten to the point where everyone and their mothers routinely strap on extended reality (or XR) headsets, but Qualcomm seems convinced that’s what the future should look like. So far, the company’s processors and components have wound up in more than 30 VR and AR headsets, so it’s little surprise that Qualcomm announced some new hardware to further its extended reality ambitions at its Snapdragon Summit today.

If nothing else, the new Snapdragon XR2 platform features a lot of firsts: Qualcomm says it’s the world’s first 5G-enabled extended reality system, which should allow for a new breed of experiences that rely on low latency, super-fast data connections. (Eventually, anyway.) The Snapdragon XR2 is also apparently the first XR platform to allow for 8K, 360-degree video playback.

Just keep in mind that the XR2 isn’t supposed to replace Qualcomm’s existing XR chipset — the XR1 the company announced in 2018 will stick around for use in more “mainstream” applications. Instead, the XR2 is meant to be a high-end sequel that offers double the CPU and GPU performance of its predecessors and supports display panels as pixel-dense as 3K by 3K per eye running at 90 frames per second.

That extra horsepower and those higher-res screens should all go a long way in helping the next generation of extended reality experiences feel more immersive, but there’s more going on here than just better graphics. Qualcomm says a new, dedicated AI engine in the XR2 can handle processes like object and voice recognition, 3D reconstruction, depth detection and more up to 11 times faster than the earlier XR1 chipset.

The XR2 is also the first extended reality platform out there that can support up to seven on-device cameras at once — with the help of a custom vision processor, XR2-powered devices will be able to track the user’s head, eyes, hands and even lips. That’s especially important when you consider that one of Qualcomm’s big goals going forward is popularizing mixed reality — in this case, that means using some of those cameras to pass video data straight through to the eye displays, and laying virtual objects on top of those real-world scenes.

It’s obviously still early days for this chipset, but two important questions immediately spring to mind: When will people actually get to use this stuff, and what form will the first XR2 devices take?

Well, Qualcomm says five OEMs are already working with XR2, and we could see the fruits of their work sometime next year. The form factor question is a bit more interesting though, as Qualcomm’s own concept images look more like a pair of Oakleys than a traditional, bulky VR headset. Qualcomm representatives also told reporters over the phone that they see “extended reality, becoming this new platform, where everyone is using glasses for hands-free, immersive, interactive communication and content.”