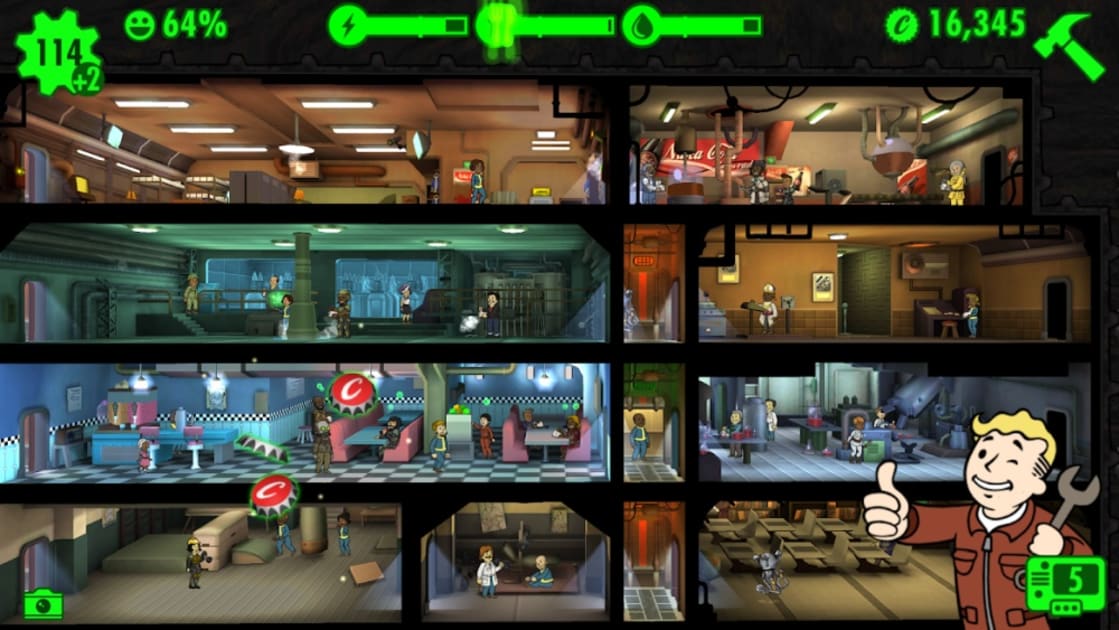 Nearly a year after it was announced at E3, Fallout Shelter has joined the list of games Tesla owners can play on their in-car infotainment systems. After initially launching on smartphones five years ago, the free-to-play spin-off has come to additional console platforms and, now, cars. In this one, instead of trying to survive out in the post-apocalypse wastelands, players try to build the perfect vault that will keep their dwellers safe and happy at home under lockdown. Should be easy, right?

The 2020.20 software update that adds the game — and some new tweaks for the TRAX music-making feature — hasn’t reached most vehicles yet, but Roadshow pointed out this video showing it in action. Also, as Electrek notes, while Tesla added support for gamepads, the version for their cars only works with touchscreen control.