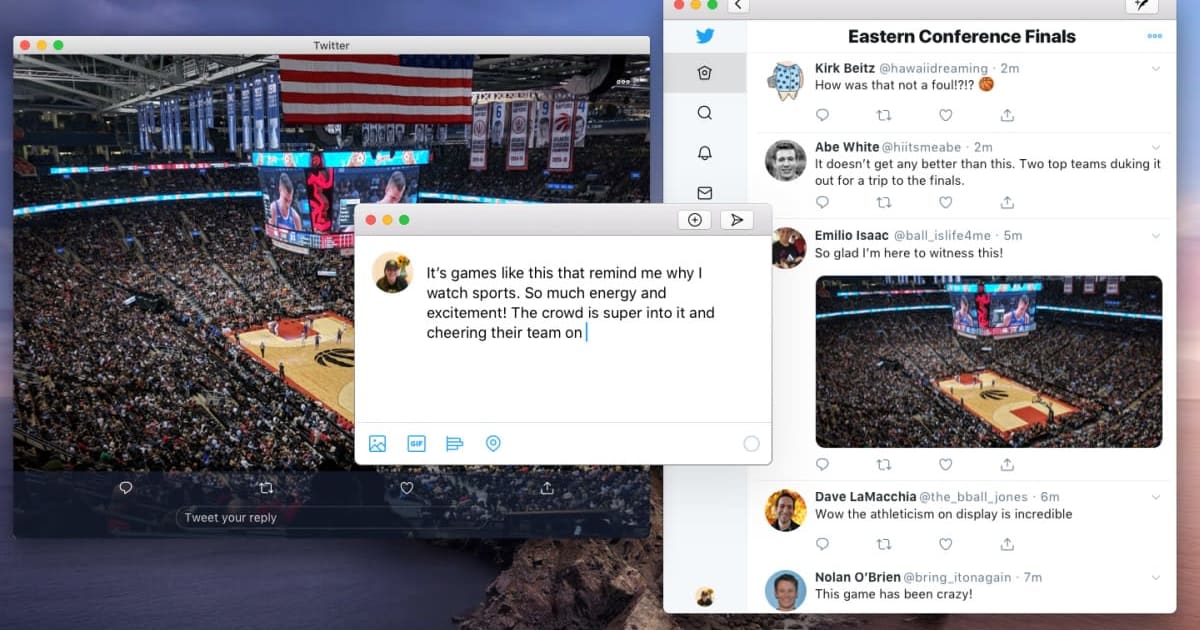 Now that macOS Catalina is available, developers can use Apple’s Mac Catalyst tech to deliver versions of their iPad apps for use on the desktop, and one of the most anticipated releases has been the desktop Twitter app. Originally announced this summer at WWDC 2019, it’s available for free from the App Store so you can try it out.

If the Twitter website doesn’t get it done for you then at least this replicates most of the features you’re used to on mobile devices and supports Dark Mode, but it doesn’t really have power user features like a live refreshing feed. For that you’d want to rely on Tweetdeck or a third-party app. The good news is that sharing a codebase with the iOS release means this on should stick around, unlike Twitter’s previous app for Macs that died in early 2018.