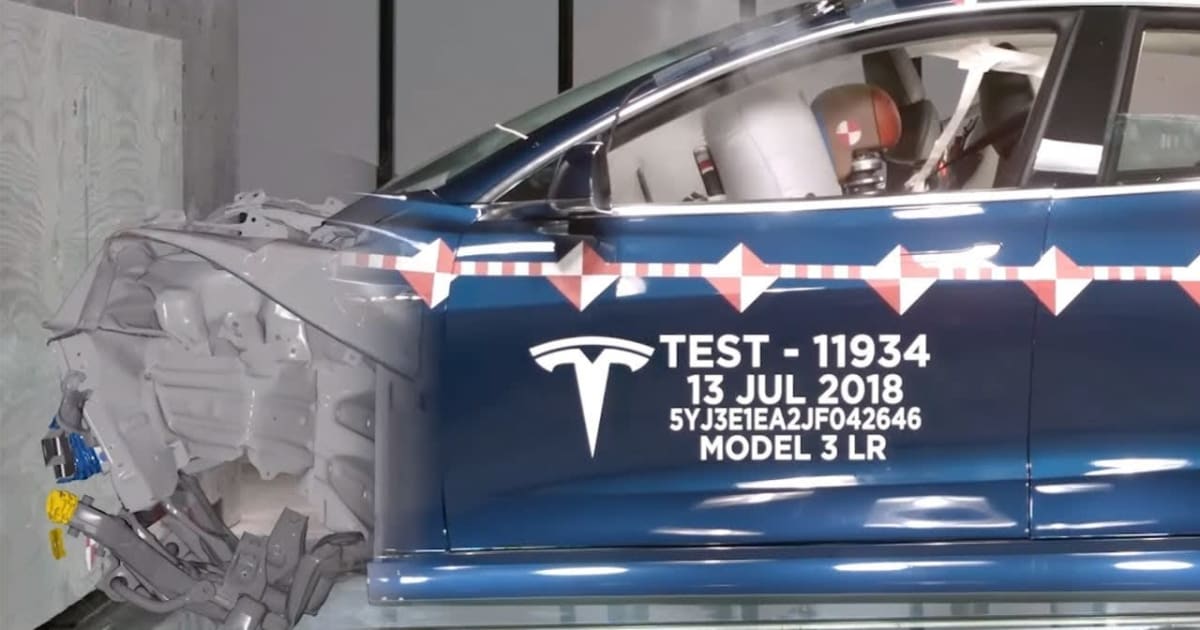 Like other automakers, Tesla relies on computer modeling to find problems long before a fully-built sedan or SUV goes crashing into a wall, but it also shows off the Model 3’s specially-designed front passenger airbag that wraps around the occupant to keep them from making contact with the interior. Honda has announced a new three-chamber airbag design to reduce head and neck rotation that will be in 2020 vehicles, but this is in car’s now.

Tesla’s tweet about the video notes that the Model 3 specifically is “among the safest cars on the road” — we’ll see if that satisfies NHTSA and IIHS officials who have taken issue with the company’s wording in the past when referring to the car’s capabilities.